*The Gandhi Show Los Angeles is no longer active, but here you can read about it’s gloried past below!

“Gandhi, Is That You?” @ Westside Comedy Theater

The show features about 7 – 8 comedians all with national tv credits.  The show (coming off the success of the popular NYC show running weekly for years) has become so popular that MTV and BRAVO have filmed at it. The Gandhi Show has headlined Carolines on Broadway and was also featured in the prestigious 2013 & 2015 New York Comedy Festival presented by Comedy Central (the show has also been featured in The Wall Street Journal, NY Daily News, NYTimes.com, Time Out New York’s “Critic’s Picks”, The Laughing Devil Comedy Festival, The Gundo Comedy Festival, headlined New York Comedy Club, etc.), and famous comedians (i.e. Louis CK, Jim Gaffigan, 30 Rock’s Judah Friedlander, SNL’s Jay Pharoah, “The Daily Show’s” Wyatt Cenac, Todd Barry) looking to try out new bits regularly drop by to perform.  We just love putting on awesome shows and making people laugh.  Period.  Afterwards, many audience members stick around to hang and get to know each other.  It’s a sweet after-party and a great place to meet new people!  Everyone is welcome!

Questions? –  For questions or comments on the Gandhi LA Show, please send an email through the contact page.

Partial List of Previous Performers who have graced the Gandhi Stage: 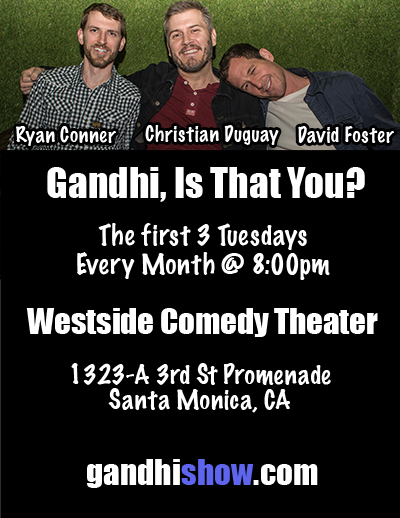 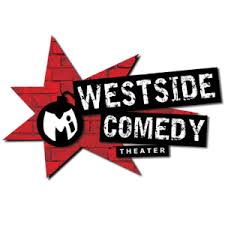